How Custom Uniforms Can Benefit Your Organization 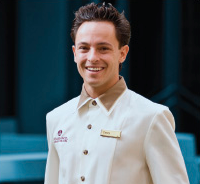 Custom uniforms have a major impact on the way an organization runs. While it may not seem that an item of clothing would really change the way business is done, any organization that makes the move from individualized clothing to matching uniforms is going to see a noticeable change. Uniforms impart many benefits, including the following.

A Sense of Unity

When members of an organization are wearing the same uniform they feel a natural sense of unity. There’s a general feeling that everyone is in this together, and it’s easier to see commonalities with others as opposed to differences. Teambuilding is easier and often happens on its own with no other encouragement when custom uniforms are introduced to the mix.

Uniforms give others the impression that the wearer knows what he or she is doing. Landscapers and gardeners who wear uniforms to the job make more money than those who don’t. Most people feel more confident dealing with someone in uniform than with someone who isn’t as easily identified as part of the organization. Some of the most skilled professionals today are associated with uniforms, such as doctors, fireman, and police officers.

Providing uniforms for members of an organization gives them a more professional appearance that will directly impact the way others respond to them. Whether the individual is sharing information door to door, manning a booth at a local gathering, or giving a presentation, he or she will command more respect and attention with the right uniform.

There’s no question that some types of attire are more appropriate for certain situations than others. Regardless of its mission, every organization has a certain image that it wants to project. For example, if the uniform consists of black pants and a white shirt, employees could show up with various styles of pants and shirts.

Eliminate these issues in one fell swoop with custom uniforms. The right uniforms will ensure that members always look clean cut and ready to represent the organization.

The simple act of putting on a uniform often changes the way an individual thinks and acts. When the uniform is on, it’s clear that it’s time to present a different sort of image. Someone who is laid back in everyday life may stand up straighter, focus more, and present a friendlier demeanor when he or she is in uniform. The uniform is a physical reminder that it’s time to put on a different sort of skin and represent the organization in the best way possible.

When members of an organization are wearing custom uniforms, it’s much easier for others to identify them. In a busy public setting, organization members will stand out clearly in uniforms, making their job much easier. If the organization is offering aid or relief after a disaster, it’s essential for those in need to know who they can ask for help. Even something as simple as serving a charity dinner is enhanced by uniforms, as these will make it clear who the diners should turn to for assistance.

Everywhere custom uniforms go, they offer cheap advertising for the organization. When the organization’s colors and logo are featured on the clothing, the shirt, hat, or apron becomes a kind of walking billboard. The live person behind this ad is well-equipped to share information about the organization and engage with others in a personal way. This may be one of the best ways yet to reach out and connect with others.

Custom uniforms can benefit an organization in these and many other ways. Investing in matching attire will have an impact on the effectiveness of the organization that can’t be missed.