Do They Really Expect People To Wear That?

Ever seen one of those photos from a runway fashion show and think, “Who would wear something like that?”  You know what I mean.  Bizarre unwearable clothing that’s probably glued on in places worn by equally bizarre zombielike people that look as if they’ve been stretch out in a fun house mirror.  Something like these 2009 Alexander McQueen designs: 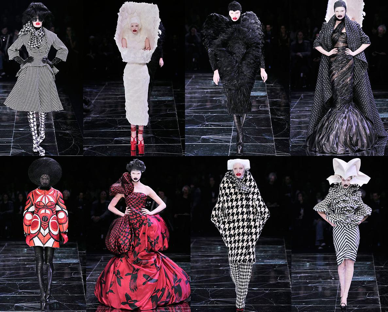 The thing that we lesser beings down here in the real world tend to not realize is that they are in no way meant to actually be worn, unless you’re a totally mad and wealthy masochist or Lady Gaga (same thing). These “avant garde” (which is something I contend is dead, but thats an argument I won’t get into) designs serve different purposes.

Sometimes these are think pieces for the designer, a way for them to hash out their wild concepts in order to get the conceptual ball rolling on new ideas.  They sometimes serve as centerpieces to a collection, something that attempts to bring together all the aesthetic and conceptual aspects of a collection.  Sometimes these serve to bring attention to something that will be sellable, like the shoes or handbag that go with a wild dress. Finally, sometimes they’re stunts meant to draw cameras and fashion writer’s eyes.  They’re shown on the runway to flex design muscle, introduce radical ideas and just to be interesting.

Case in point, check out this photo of a few designs by Paco Rabanne. 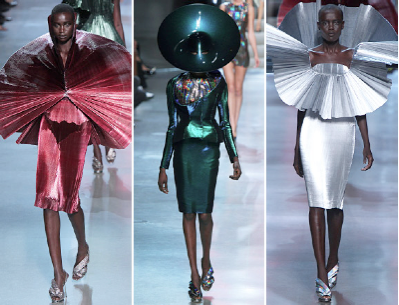 There’s no way you’re going to see something like this on the street, even if it were at the swankiest artiest party in New York. Now, have a look at a dress by the same designer that came a little later in the same runway show.

Now, its still a touch crazy, but appears totally wearable, not something that is unimaginable to see be worn by a human and obviously derived from the central photo above.

These examples are from Rabanne’s spring 2012 collection.  The wild unwearable experiment inspired a more practical variation.  These fashion experiments sometimes serve set in motion a trickle down type scenario, they are potential springboards for a dialogue. Generally, in culture these dialogues tend to proliferate down and out through the socioeconomic ladder. It is feasible that next year you may see a dress at a place like Nordstrom that bears a striking resemblance to this dress from a different brand and if this proves profitable, you might then see one on the rack at Macy’s, then H and M and so on.

A good example of this idea is Andy Warhol’s grid portraits that were done in multiple colors like this:

Warhol himself elaborated on this idea throughout his career.  It trickled down and influenced artists like Ed Paschke, later it influenced people like Keith Haring and then moved further down the line to famed “low brow” artist Shepherd Farley.  The images then proliferated into every imaginable consumer product that can be printed on. Now, anyone with a smart phone can make a Warhol style four in a grid portrait with any one of a myriad of apps. Therefore, don’t dismiss these radical runway designs so fast.  One of these crazy runway experiments could feasibly lead to something as commonplace as the tee shirt and blue jeans. 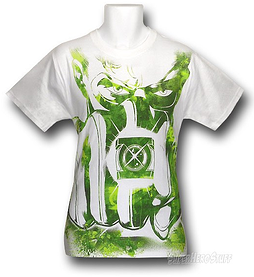