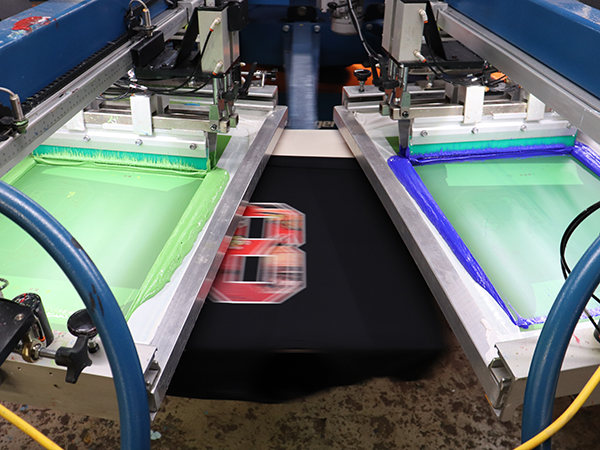 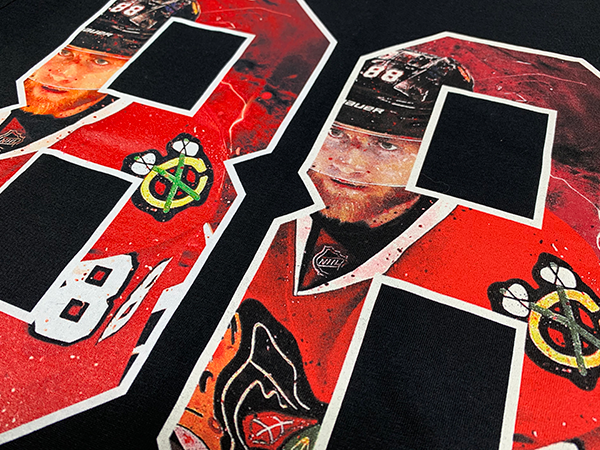 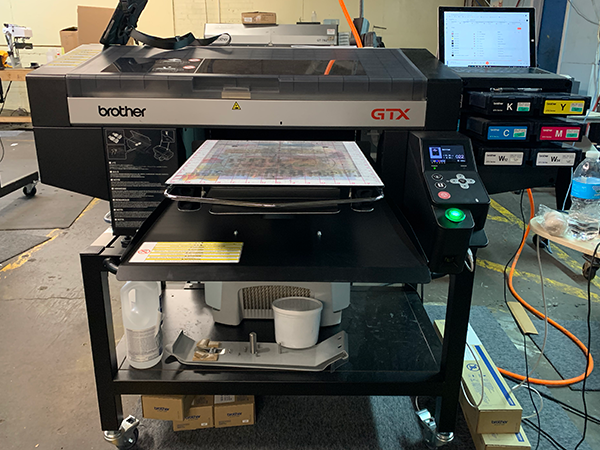 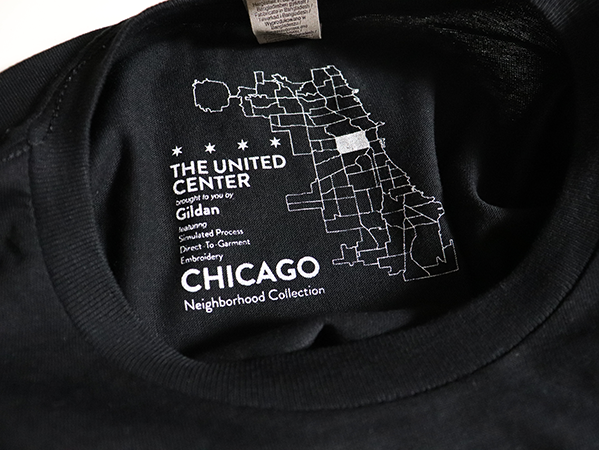 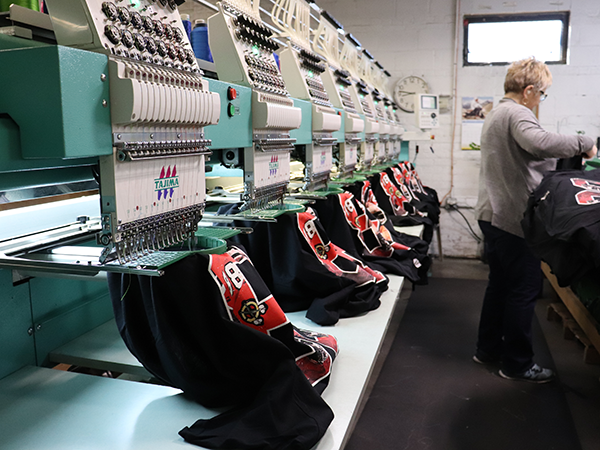 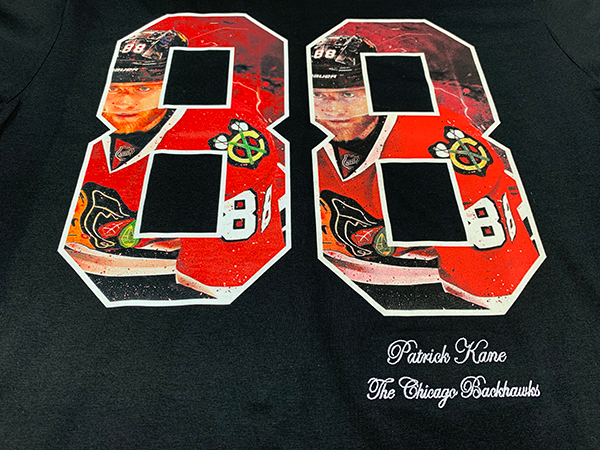 Screenprint or Digital? The modern dilemma of apparel decoration. These days, both mediums are capable of beautiful full color reproduction so deciding which method to use is a balance of quantity, time, cost and style of artwork. Naturally, we incorporated embroidery as well.

Softstyle EZ Print T-Shirt 64EZ0 brought to you by Gildan.

United Center Park is the neighborhood surrounding the United Center Sport Arena. The gigantic sports arena opened its doors at the height of Bulls Championship Fever in 1994 and is also home to the Blackhawks, Chicago’s pro hockey team. The United Center can seat between 20,000 and 25,000 people, depending on the event. The residential portion of the neighborhood consists of low-rise flats, two-and three-story walk-ups, and smaller single-family homes and bungalows.

Shown on wearer’s left side. Art work is printed from a digital file directly onto the t-shirt. Dark garments must be pre-treated. 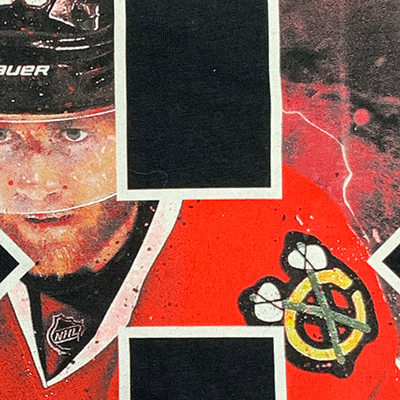 Embroidery can be used to embellish or personalize in combination with print designs.

What Is Better: Screen Printing Or Digital Printing?

When deciding between digital printing on fabric and screen print for your next apparel run, it's important to understand the unique benefits each has to offer. DTG printing is typically favored for those fast, low run, high color count jobs; whereas, screen print will offer a better range of color, more flexibility in what it can print on, better hand on darks and a much larger printable size range. This article provides a humorous head-to-head matchup between the two processes.